Last week, I was in Los Angeles for ASHG. It was great to return in person after the pandemic pause to exchange ideas with industry and academic leaders in genetics. There is something irreplaceable about speaking face-to-face to make real connections and have lively discussions.

One thing that I was struck by was a much more noticeable representation from pharmaceutical companies, both large and small. My previous interactions at the conference were largely with clinical labs and genetics researchers. At this year’s gathering the conversations I had with clinical folks were matched by the number of conversations I had with individuals in drug development, from bench researchers and data scientists to medical directors and executives. It strikes me as a welcome sign of the recognition of the importance of rare disease in drug development trends and the need to deeply understand the biology and clinical aspects of these diseases. It foreshadows an increased collaborative approach to promulgating new therapies.

Speaking at ASHG and ICoNS

I spoke at the conference in the CoLab 2 corner packed with attendees from both camps, clinical practice and drug development. My talk focused on the challenges of variant interpretation at scale to inform newborn sequencing, an important application of genetics to more wide-scale adoption of precision medicine. The talk is linked below if you missed it, and includes some engaging questions from audience members. While focused on the technical challenges Genomenon is helping to surmount, there was an emphasis on this collaborative ethos in helping to better recognize, diagnose, and treat children with devastating diseases. 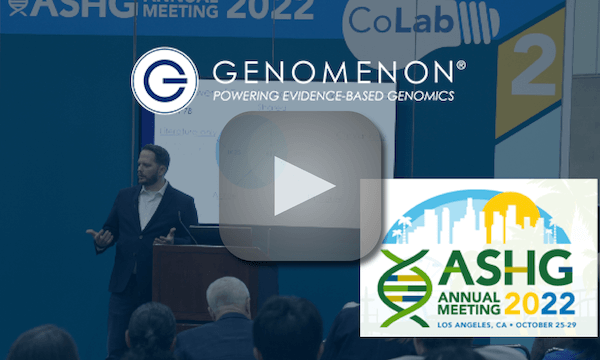 I also joined Catherine Nester from Inozyme Pharma in their CoLab to discuss our work with them on ENPP1 Deficiency. You can see a similar talk we gave earlier this year here.

Genomenon’s role in this is as an evidence supplier, a role that was also highlighted at the recent International Conference on Newborn Sequencing (ICoNS) hosted in Boston. I spoke at this conference along with a number of thought leaders in newborn sequencing who discussed their individual programs. At this conference there was also a welcome air of collaboration and coordination in pursuit of the larger good. 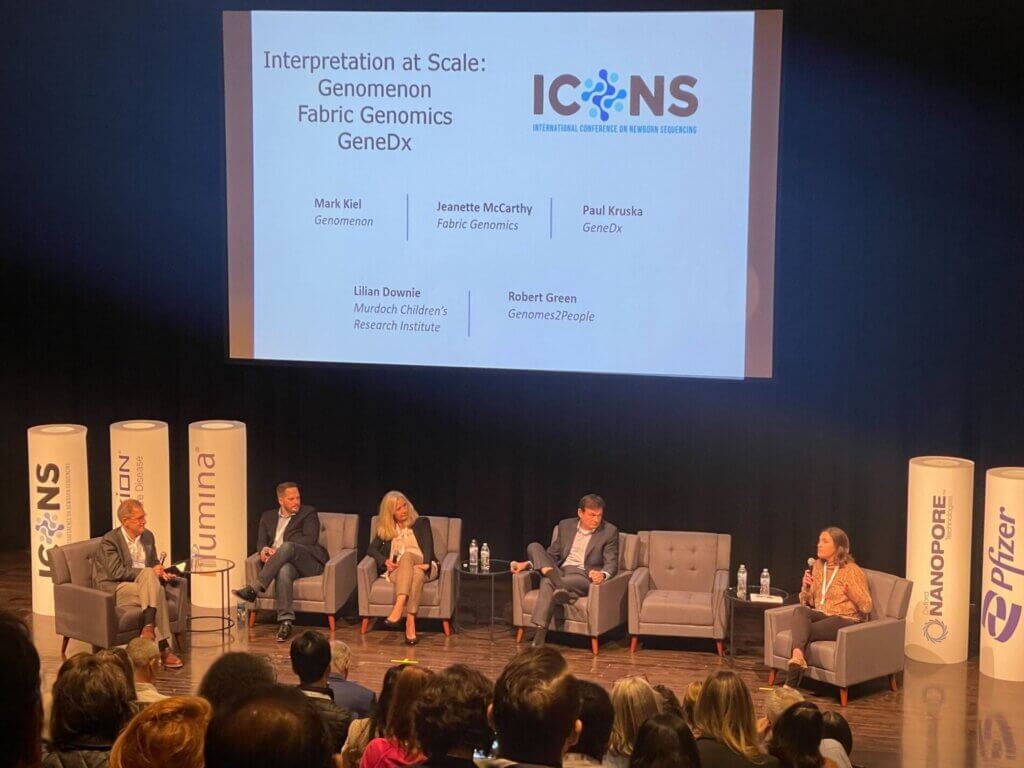 My talk focused on many detailed aspects of this challenge including striking the right balance between sensitivity and specificity of the interpretations and ensuring the review of the variant evidence was adjudicated in both a disease- and use-specific context. The application of a variant interpretation in the context of a sick kiddo in the NICU with a high pretest probability of having a particular disease based on symptomatology is a very different scenario than applying criteria for pathogenicity to a particular variant in the absence of such a clinical circumstance – and therefore requires a different approach to interpretation.

It is this approach that Genomenon is uniquely able to deliver when interpreting the evidence in the absence of clinical information attending any given case.

One other issue facing variant interpretation is balancing the demands on specificity illustrated above with the desire to be as sensitive in recognizing disease-causing variants as possible. A simple example would be to ensure loss-of-function variants such as de novo (not previously seen) frameshift or nonsense variants are not overlooked during the data screening process. Another, more nuanced challenge comes in the form of variants of uncertain significance that seem to be disease-causing, but lack sufficient evidence to deem them likely-pathogenic by current ACMG variant interpretation standards. I referred to these variants at ICoNS as VUS+ or “VUS with benefits.”

One individual in attendance at both conferences was Heidi Rehm, the director of the Genomic Medicine Unit and chief genomics officer in the Center for Genomic Medicine and Department of Medicine at Massachusetts General Hospital. At the fireside chat on the final day of ICoNS, when asked what the single biggest barrier was to implementation of the ambitious newborn sequencing initiatives, Heidi cited variant interpretation as the single biggest barrier – a sentiment I agree with completely and which I highlighted too in the panel discussion I sat in the previous day.

In her talk, Heidi foreshadowed an upcoming change to the ACMG criteria that will accommodate this nuance by providing a framework to recognize which variants are VUS because there is no data versus which variants are VUS because they lack one piece of evidence (a functional study or another one case of a patient with the variant, for instance). These VUSs would be considered on more of a spectrum of likelihood of disease-causation. The nomenclature would be something like VUS-high, VUS-med, and VUS-low. Whatever the final designations, this indicates a move toward a more quantitative reflection of the disease-causing nature of variants and that this quantitative designation would be predicated on the evidence.

Genomenon as an expert in genomic evidence and interpretation is uniquely suited to help solve this challenge.

Other highlights of the ASHG conference include an illustration of the work we are doing in increasing the diagnostic rates for patients with rare disease, including a CoLab with our colleagues at Inozyme Pharma co-presented by Catherine Nester, the vice president of physician and patient strategies at Inozyme Pharma. She and I presented on the work Genomenon and Inzoyme collaborated on to produce a comprehensive landscape of disease-causing variants in the ENPP1 gene as they are associated with generalized arterial calcification of infancy (GACI). We further produced a comprehensive catalog of all published patients and incorporated patients identified in prospective studies as well from our colleagues and authorities on ENPP1 deficiency – Carlos Ferreira of the National Human Genome Research Institute and Frank Rutsch of Muenster University Children’s Hospital. The work Catherine and I highlighted typifies the collaborations we have with our Pharma partners and is in keeping with the collaborative spirit I mentioned above. 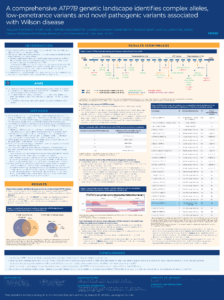 Finally, our work in producing a comprehensive variant landscape for all variants in genes associated with fatty acid oxidative diseases (FAOD) was also highlighted through our collaboration with Ultragenyx Pharmaceuticals. Such an ambitious curation was only made possible through a combination of sophisticated computational techniques to comprehensively identify a complete set of variants but also to prioritize and expedite the accurate curation of all the attendant evidence according to the ACMG variant interpretation framework. Many additional exciting efforts are currently underway in this same vein.

In all of these endeavors and collaborations, our role is as a supplier of comprehensive evidence supporting clinical and drug development decisions with a sophisticated capability to curate entire genes in days to weeks as opposed to months or years. With the progress that we have made to date and the progress we plan to make in the near future, I look forward to going back to ASHG again in 2023 and highlighting all the positive strides we will have made by then toward realizing our ambitious goals.

To learn more about our journey to curating the human genome, register for the November 16 webinar, Curating the Human Genome to Advance Early Identification of Rare Diseases.

For more information, contact us HERE to talk to an expert from the team.